To compare the value of two currencies it is important to correct for inflation. After all a US dollar now can buy significantly less than a decade ago. The following chart shows the exchange rate corrected by inflation as reported in the CPI. 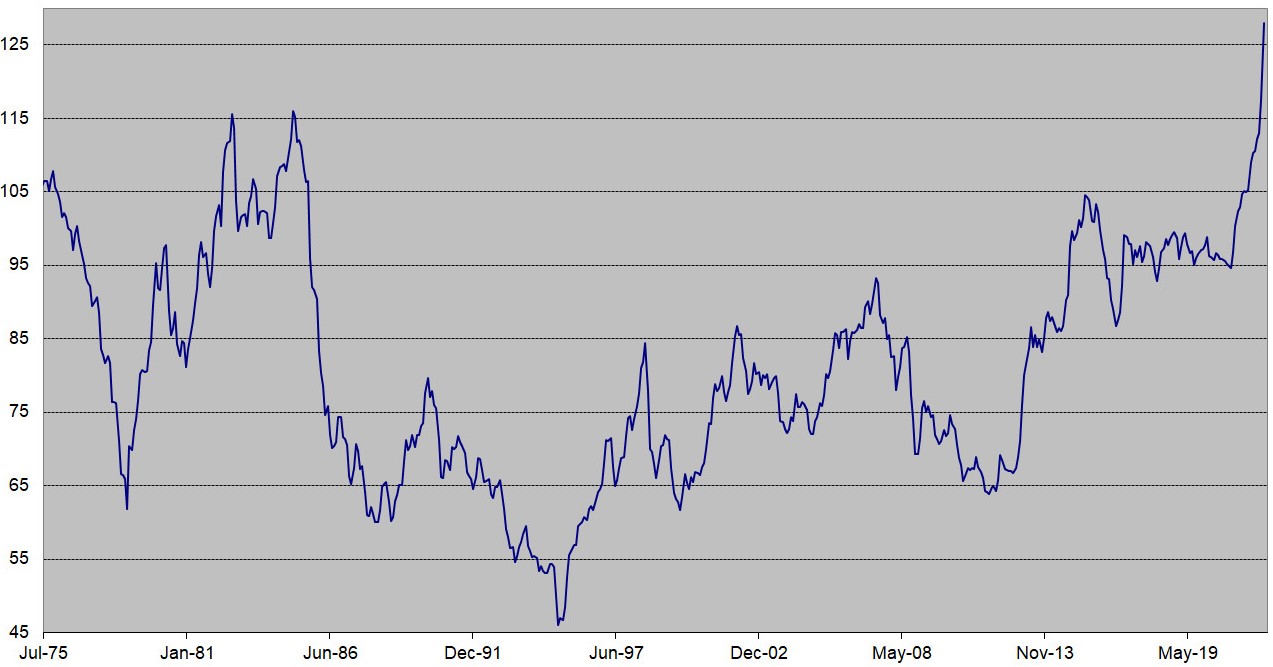 Looking at this chart the yen currently looks seriously undervalued as it is way above it's long term mean. According to the Big Mac Index by the Economist the yen is also undervalued [1]. However according to an article by David Weinstein the methodology to calculate the CPI in Japan differs from the US and results in an overstatement of inflation by 0.8% compared to the US. This would mean that the yen is even more undervalued. The average inflation corrected rate since the yen started floating after the Plaza Accord is 80.97.